The numbers are an indication of how tough a school Europe’s pre-eminent club competition really is.

In 17 Europa League games last season, Rangers conceded 16 goals, an average of 0.94 per game. In two games of this season’s Champions League group stage, they’ve shipped seven in two, an average of 3.5.

Of course, every Rangers supporter will tell you that there’s a caveat to the numbers and they’d be right. Three of the seven came when they were reduced to 10 men against Napoli at Ibrox last time out, a game that Rangers were competing well in until James Sands’ dismissal.

Still, it’s been a predictably rough reintroduction to Champions League football, with another mouth-watering, danger-laden game to come in Liverpool on Tuesday.

A distance of 220 miles separates Ibrox from Anfield, but Rangers have been on a far greater journey than that over the past few years. Nobody should lose sight of where this club has come from, a financial basket-case, a team routinely humiliated by its nearest rivals, a succession of owners and directors that damaged the club and enraged the fans. For a long time they were mired in darkness.

Steven Gerrard won a league, Giovanni van Bronckhorst a cup, almost the Europa League, and has taken them into the Champions League. Where before they had no player trading model, they now have one, with Nathan Patterson, Joe Aribo and Calvin Bassey exiting for significant money. After a decade of multi-million pound operating losses they are now inching towards self-sufficiency.

That’s the biggest victory they have won, the victory over the chaos that brought the place to its knees. Being Rangers, though, more is always demanded.

‘This season we have seen two sides of Rangers’

Much like it’s hard to know what to make of Jurgen Klopp’s team right now – an outfit fighting to find itself – the same might be said of Van Bronckhorst’s side.

They remain a curiosity, good enough to beat Borussia Dortmund and Leipzig and to come within a penalty kick of beating Eintracht Frankfurt in the Europa League final last season, yet unpredictable enough to drop points in 11 league games.

How is it possible to concede three in 300 minutes against Eintracht and Leipzig in a European final and semi-final and three to Celtic in 45 minutes and another three to Ross County in 90? This season again we have seen Rangers’ twin personalities.

They were wretched in a 2-0 away loss to Union Saint-Gilloise in a Champions League qualifier before turning it around with a 3-0 second-leg win. They were flaky when drawing 2-2 against Hibernian at Easter Road, but wonderfully resolute in going to Eindhoven and beating PSV 1-0, the win that got them a place in the Champions League proper.

They were blown away 4-0 by Celtic in the league and turned in a total shocker in losing 4-0 at Ajax. To say the 3-0 loss to Napoli in its wake represented improvement might seem odd, but it did.

Sands walked in the 55th minute when it was goalless. Napoli scored in the 68th, 85th and 90th minutes. Nobody questioned Rangers’ stomach for the fight that night, as they did post-Amsterdam.

And now they’re heading to Anfield on the back of an excellent performance against Hearts at Tynecastle – not always a place for the faint of heart.

‘Rangers must be everything they can be’

What can we expect of them on Tuesday? Without knowing what kind of mindset they’re going to turn up with, it’s impossible to say, but if they are everything they can be then they can give Liverpool an uncomfortable night.

Allan McGregor in goal is as old as the hills – well, 40. He waved his goodbyes to the Rangers fans last season but he’s back in the team now and he’s been excellent. Almost nine years ago, he was in goal for Hull against Liverpool in the Premier League. Liverpool had Gerrard, Luis Suarez and Raheem Sterling. Hull won 3-1.

Rangers’ defence has flitted between composed and calamitous this season. Bassey has been a big loss. The injuries to John Souttar and Filip Helander have damaged them, too.

Ben Davies, signed from Liverpool, started alongside Connor Goldson at Tynecastle and did well. Rangers folk have longed to see more of him and surely now they will. In Scottish football terms he was an expensive recruit in the summer at around £4m.

Through their league-winning season and their run to the Europa League final, so much of Rangers’ menace came down the flanks from Borna Barisic and, especially, captain James Tavernier. His goal tally – an astonishing achievement in finishing leading scorer in the Europa League with seven, and 18 in all competitions – has dried up. He has three including two penalties.

Given what Liverpool have out wide, Tavernier and Barisic are critical to Rangers’ prospects. Both can be defensively suspect and both can be thoroughly inspirational. Which is it going to be?

Van Bronckhorst is missing Tom Lawrence, the former Derby captain. A summer signing, he’s one of the few who have hit the ground running. Steven Davis, 37 years young and one of the finest professionals who ever pulled on the blue jersey, started against Napoli and it wouldn’t be a surprise if he was in there from the beginning again on Tuesday.

The first time Davis played against Liverpool was for Aston Villa. To get an angle on how long ago that was, Chris Kirkland, Antonio Nunez and Neil Mellor were in the Liverpool team. Davis is cool and still classy. He remains an important player.

Tuesday is a night when all of these guys must deliver if Rangers are to stand a chance, a night when Ryan Kent, another one returning to his old club, must back himself.

Kent has talent but his end product has been woeful for too long. He showed form against Hearts at the weekend in scoring one and assisting on another but he hasn’t been doing enough of that. It was his first league goal since last December.

Rangers have had problems on the right side of their central striker. Ianis Hagi, the great Gheorghe’s boy, has a long-term injury and they’ve thrown player after player into that position and none have stuck.

In previous seasons, Alfredo Morelos – El Bufalo – would have been a shoo-in to start through the middle but fitness and discipline issues dog him. Antonio Colak, the big Croat, is very much the man now. With 11 goals in his 14 games since arriving from PAOK in the summer, he’s been a terrific signing.

Rangers fans may see this as a free hit, a game that nobody expects them to get anything from – and they’d be correct.

How the players view it is what counts. Last season, on their run to near-glory, they were written off at many turns. In that sense at least, if not in the rarefied air of the Champions League, they are in familiar territory. 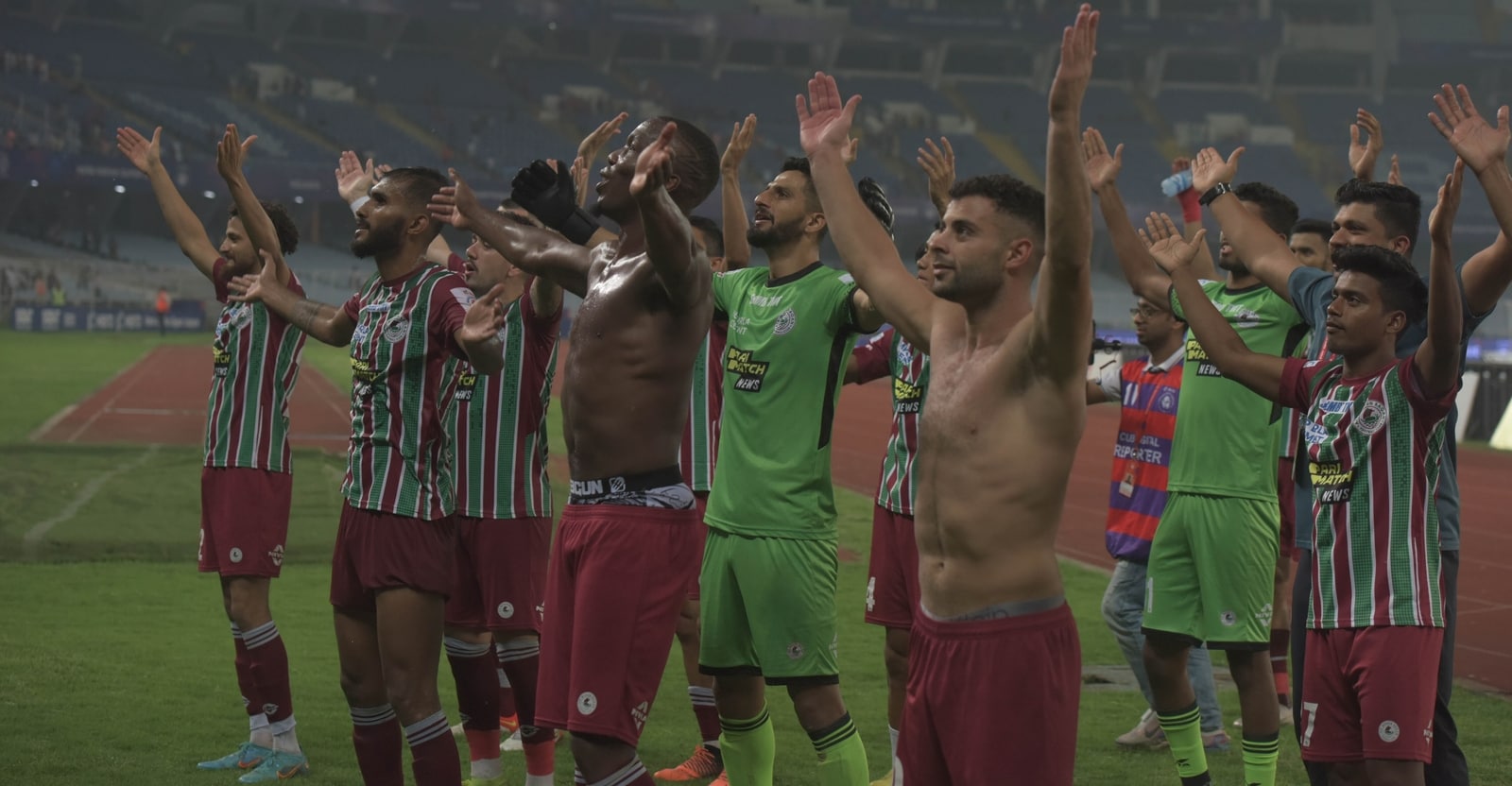 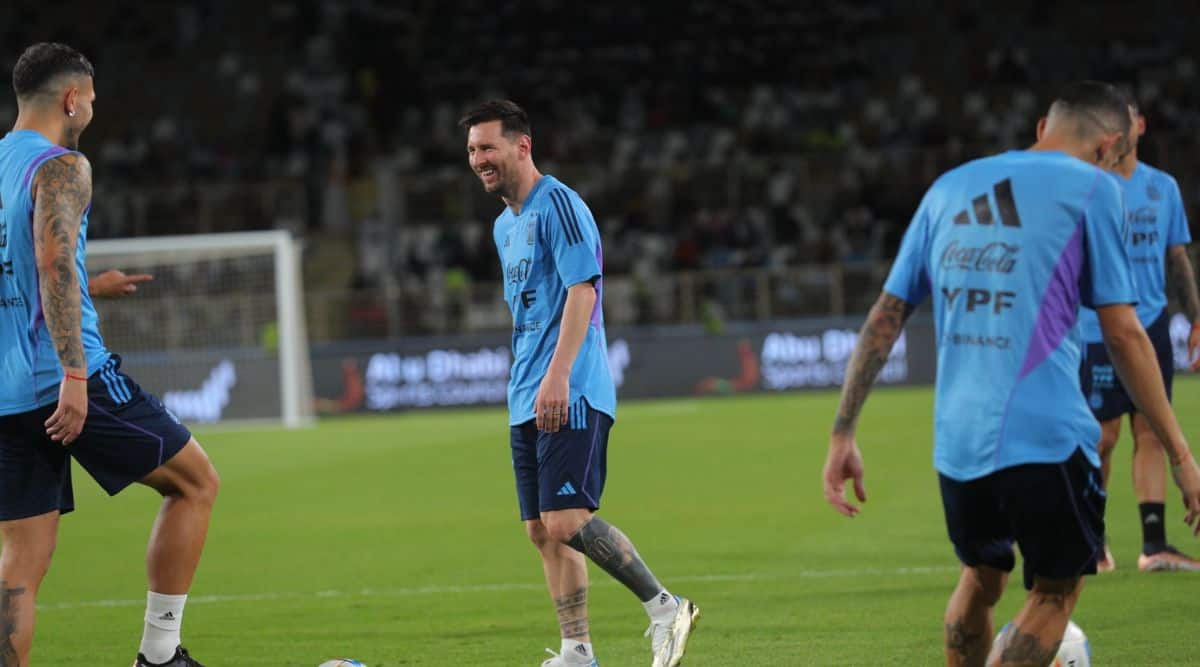