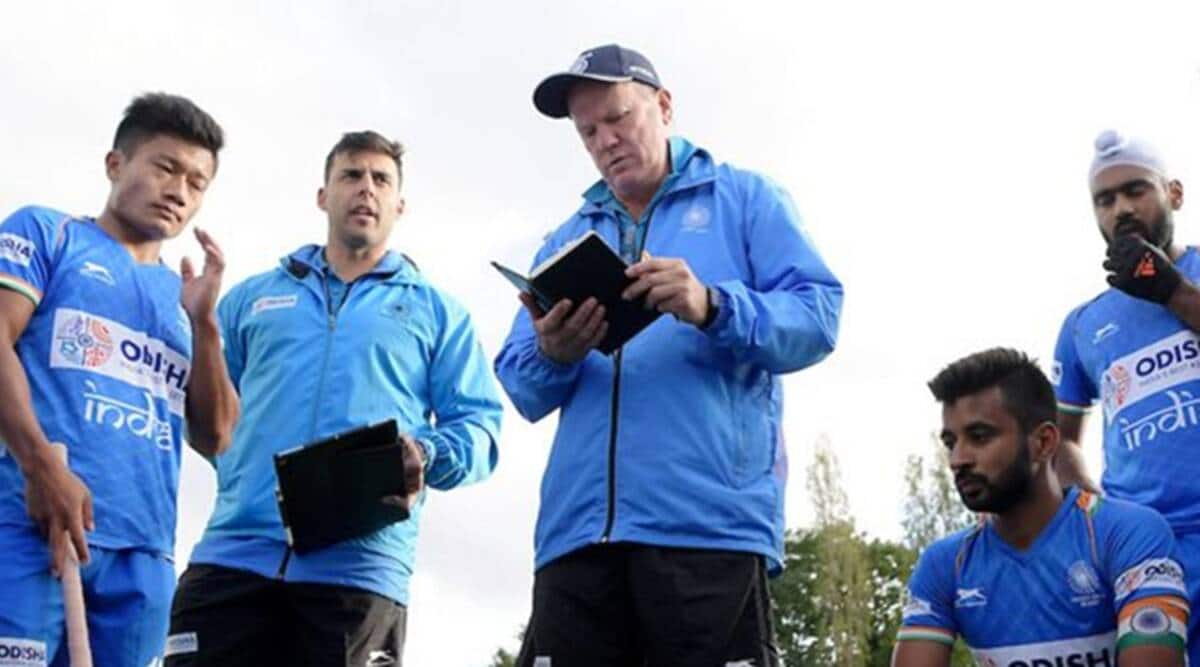 The International Hockey Federation’s (FIH) Coach of the Year has a blueprint for it: develop a ‘collective defensive mindset’ – which is essentially to always have someone on the hotline (the line between the ball carrier and the goal), mark the attackers ‘really, really close’ and tackle smoothly; become more ‘effective and polished’ in the scoring zone by reducing big swings and smash hits; add a new, aggressive dimension to an already-aggressive pressing game; and, instead of rushing with the ball, move it around patiently until a gap is spotted in the opposition defense.

All this seems too much to achieve in too little time. The new hockey season gets underway in three weeks – on October 28 – with the FIH Pro League, a tournament that’s a precursor to the World Cup which is a little more than three months away. But Reid is convinced it’s the only way forward for the Tokyo Olympics bronze medalists. “If we play well and do the things we are good at, we are a hard team to beat,” the India head coach says.

These are, he adds, learnings from the recent Commonwealth Games. More specifically, after India were blown to smithereens by Australia. Twice in 12 months, the Kookaburras pumped in seven goals past a hapless India – first at the Tokyo Olympics (7-1) and then at the Birmingham CWG (7-0).

The loss in Tokyo did not bother Reid a lot, not back then and not now. “At the Olympics, we created quite a bit of opportunities. I didn’t think there was an intimidation factor,” he says. In Birmingham, Reid felt that was the case. “Part nerves, part intimidation, part not quite sure (what to do).”

It’s a mysterious pattern because India have shown the ability to go toe-to-toe against almost every other team in the world. Since 2010, India have surrendered to Australia in four major finals, two each in the Champions Trophy and the CWG. The hammering at the 2022 CWG once again raised an uncomfortable question for the players: what was it about the Australians that made them quiver at the mere sighting?

Reid, a former Australia international, gives an example from his playing days in the early 1990s when Germany were the gold standard, winning the 1992 Barcelona Olympics gold, the World Cup bronze in 1998 and four Champions Trophies. “We put Germany on a pedestal, prepared too much for them, built them up more than what they actually deserved. You don’t ever want to do that.”

In India’s case, the problems are multi-faceted. Soon after the CWG, when the national camp reconvened in Bengaluru, the players and coaching staff conducted a post mortem of the Australia match. It wasn’t as thorough as Reid would’ve liked, but still enough to get an understanding of what was ailing the team.

It’s a combination of three things, Reid says. The first, he admits, is that ‘Australia is still a mental block for some.’ “We need to get over that.”

The second is the absence of the Hockey India League (HIL). “The good thing about the HIL was a lot of the guys played with the Australian players in their own teams so they had a better idea of how they play,” Reid says. That confidence translated on the pitch, where India and Australia were engaged in some of the closest encounters in recent times. With the HIL gone, the aura of invincibility around the Australian players seems to have returned from India’s point of view. And the third, Reid points out, is the lack of matches against Australia. After the pandemic struck, Australia cut off all contact with the outside world, pulling out of the Pro League and barely playing a match before the Tokyo Olympics.

“We trained with the Germans, played a lot of games against Argentina when it all came down, they felt confident and comfortable,” Reid says.

The sort of nightmarish memories of past defeats against Australia meant that when the time came, the players froze. “We just didn’t put pressure on them, which was our trademark in Europe during the Pro League. We were getting at Belgium, at Holland…”
Reid observed that the Indian players would come within three meters of the Australians and then hold – ‘part nerves, part intimidation, part not quite sure’, he repeats. “When you don’t put pressure on a team like Australia, they start to dictate. They get their heads up, make passes and make it difficult for our defenders. The longer someone has the ball, the harder it is for defenders to defend.”

At the World Cup in January 2023, if India and Australia top their respective pools and win their quarterfinals, they’d meet each other in the semis. Reid isn’t thinking that far ahead, but it’s among his priorities to make sure the next time India meet Australia, the players aren’t intimidated, at the very least.

And so, he’ll take the team to Adelaide next month. It’ll be Reid’s first visit to his home country in more than three years and it’ll be a busy homecoming for the 58-year-old. India and Australia will play five matches against each other, apart from a few training sessions with a local team.

“The idea is to desensitise ourselves to them, to make ourselves understand that we are good enough to beat them when we play well,” Reid says. “We need to make sure our game is bulletproof.”